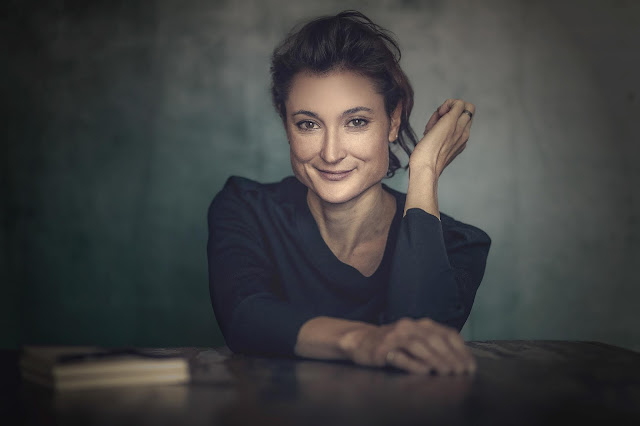 Mr. Dogwalker - Short Film (in post production)After a... not so mutual breakup, a very feminine woman disguises herself as a male dog walker so she can spend time with her dog, who she lost custody of, without her ex knowing.
My Thoughts Were So Loud - Comedy TV PilotAfter going back into the dating scene a woman must confront her inner monologue so she can successfully find a partner.
There's Something In The Water Aerobics - Comedy TV PilotAfter getting the biggest case of her career, a jaded investigator must turn to a water aerobics class full of seniors to help her solve the case... because they have super powers.
Silver Spinsters - Comedy TV PilotFour older women who have never been married nor had kids must face their relationship choices and their own mortality when one of them gets engaged.
Parallel Universe Love Story - Comedy TV Pilot
A woman must read through her mom's emails, since her mom can't communicate due to aphasia, to find out who her father is and what parallel universe he is from.
Stop Stuff 'n Buns - Bob's Burgers Spec
When Gene is accused of sexually harassing a girl he must figure out how to navigate his crush, Linda takes Louise and Tina to self defense, and Bob defends his chef skills when Teddy creates a dessert burger.
In The Clouds - Comedy TV Pilot
A doctor who can communicate with dementia patients through her vivid daydreams must overcome judgement to help her patients be understood, including her mother.
Round Valley: A Small Town Conspiracy - Web Series (Produced)
An absurd dark comedy about an agoraphobic who believes she is brainwashed by trees and must become a rural spy to stop them.
Dee Spreads HPV - It's Always Sunny In Philadelphia Spec

After being confronted that her ex has HPV Dee becomes the vigilante hero to stop all douche bags.
The Booger Man - Rocko's Modern Life Spec
When Heffer gets a cold Rocko cares for him and refuses any help along the way, even when things get out of this world.
To request an available script, email kerstinporter@gmail.com